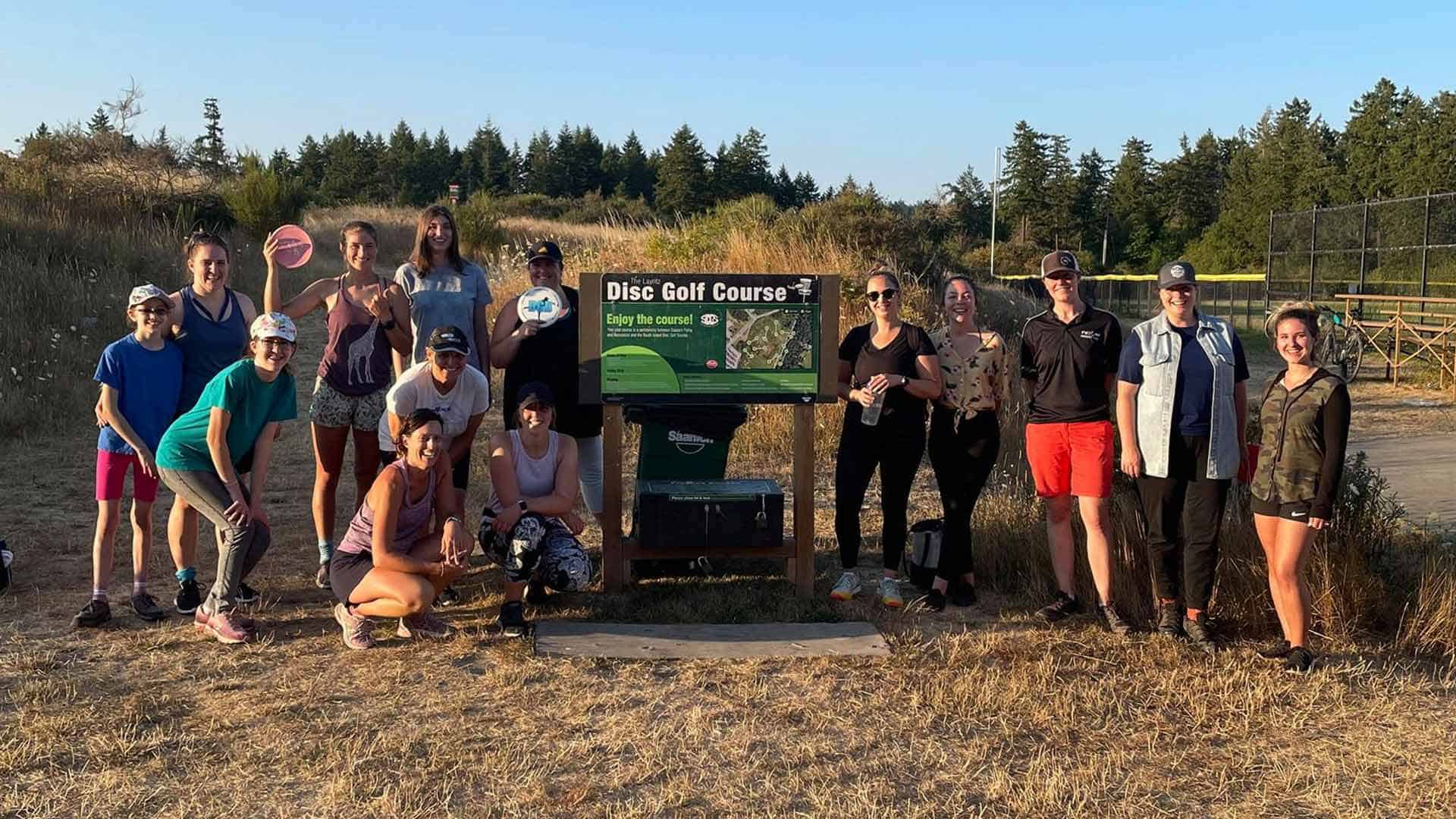 It was a wonderfully fun time and we saw 18 women enjoying fun and a round at the disc golf course. It brought out two youth players (Sara France, age 11; Samantha France, age 16), young adults enjoying a new activity with other women in their families, and groups of friends trying out a new sport.

The pop-up event began with a “how to” throw (both backhand and forehand) and putt. A round of disc golf on the 9 tonals, and concluded with a fun team-based putting game and “closest to the pin” (CTP) competitions complete with prizes and a door prize. The CTP competition was in fact won by one of our juniors with a fantastic throw to the basket. Way to go, Samantha France!

SIDGS is excited to continue these Tuesday pop-up events to encourage new and experienced players, as a way to build community and encourage disc golf with people at different skill levels and ages. We would also like to acknowledge the women disc golfers in the SIDGS community who came out to support this event and show newer players the ropes.

Keep your eyes open for news about future pop-up events. We plan to have one a month, on a Tuesday, rotating between a women’s only night and a family night!